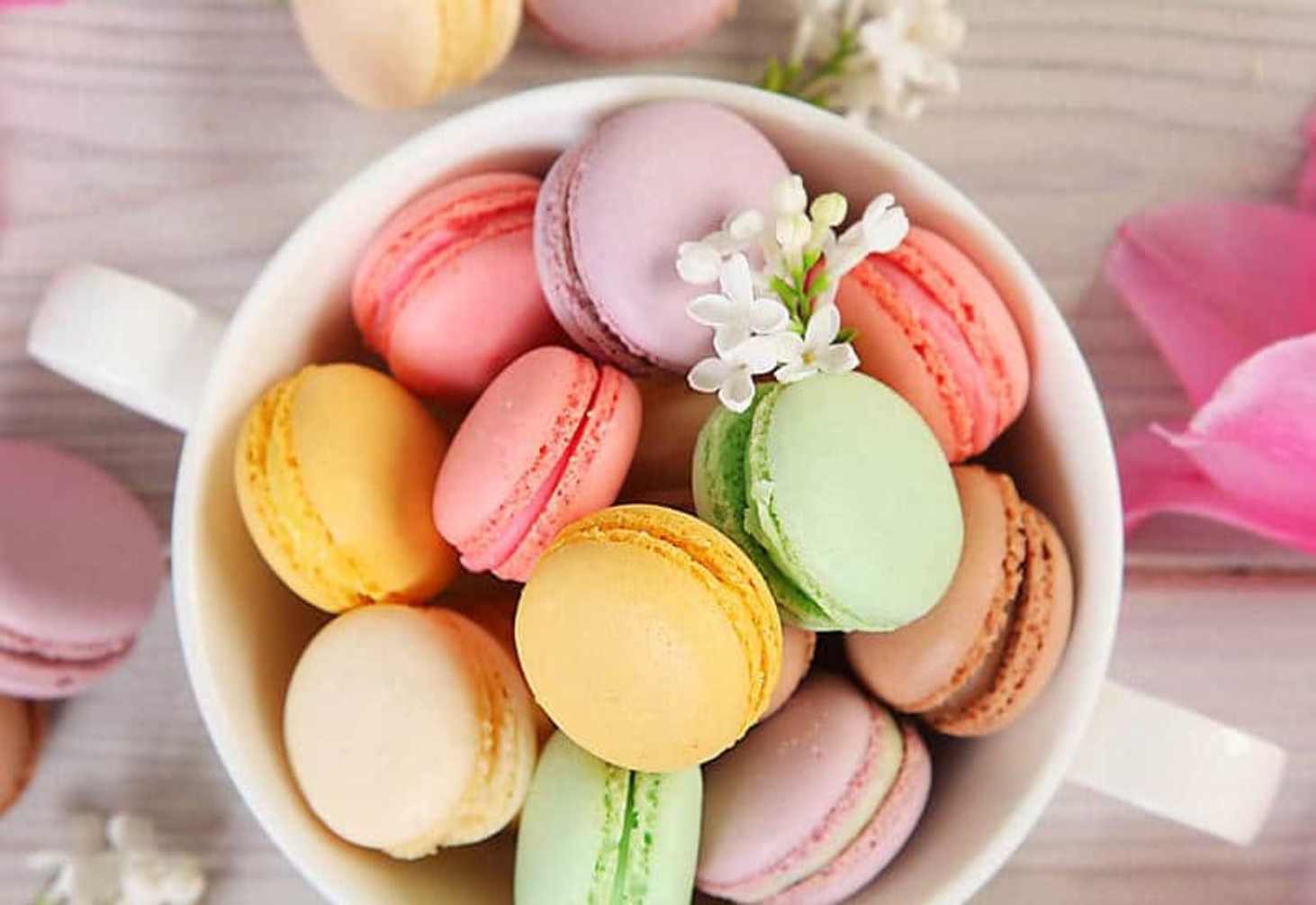 History of the French Macaron

A few years ago, French macarons exploded onto the global pastry scene.  Instantly Instagram worthy, these little desserts gained notoriety for their infinite flavors and flavor combinations, and their bright and shiny exterior.  Many people use macaron and macaroon interchangeably, but do not be fooled; macarons in Lafayette, LA are not the coconut confections called macaroons.

The French macaron is believed to have been invented in Italy and brought over to France as early as 1533 AD by Catherine de Medici, wife of King Henri II.  While modern macarons have filling, these historic versions did not, and were simple almond cookies made with almond flour, egg whites, and sugar.  The macaron we know of today came to life in the 1890s, when French confectioner Pierre Desfontaines, of La Maison Ladurée, began sandwiching buttercream, jam, ganache, and fruit compotes between the cookies. Ladurée is still making macarons today, nearly 150 years later, and serves up delicate flavors such as pistachio, rose petal, blackcurrant violet, and orange blossom.

In the US, dessert masters take on this French pastry and bring stronger flavors to the party such as mint chocolate chip, maple bacon, and peanut butter.Part of the fun of macarons is deciding on flavor combinations to try, and seeing how lively and colorful a box full the pastries can be.  Macarons are the quintessential French pastry, known for their delicate texture and appearance.